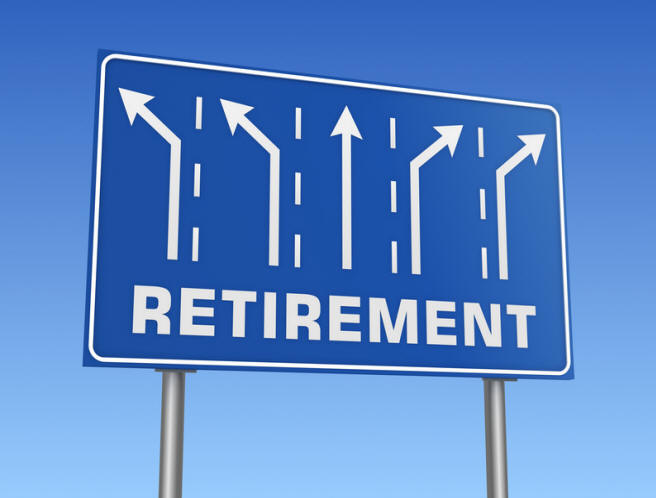 For example, the senior whose major objective is to increase current and future income as much as possible will shop for the largest monthly tenure payment, which is paid as long as she resides in the house. If the senior has a concern about the size of her estate, she will also look for the HECM that results in the smallest future debt. Since it is unlikely that the HECM that generates the largest tenure payment also results in the smallest future debt, the senior has to decide which variable has priority.

This example illustrates why the list of decision variables does not include the interest rate and origination fee. A higher interest rate results in a larger monthly tenure payment, and also a larger future debt. Whether or not a borrower finds a higher rate attractive or unattractive, therefore, depends on which of the two decision variables carries the greater weight.

Every one of the 10 retirement objectives shown in the table has 2, and in some cases 3 decision variables. There is nothing unusual or problematic about that, juggling conflicting decision variables is what consumers do all the time. When I bought my last car there were at least 8 decision variables that I considered, and my wife complained that I gave greater weight to the quality of the sound system than to the comfort of the rear seats.

The credit line is a uniquely valuable feature of a HECM reverse mortgage, and figures prominently in the table of retirement objectives and decision variables.

Seniors with well-formulated retirement objectives can use my kosher HECM reverse mortgage calculator to find the relevant decision variables for HECMs offered by multiple competing lenders. If they don’t know what their needs are, however, the calculator won’t do them much good. It has become increasingly evident to me that many if not most homeowners in or approaching retirement do not have a retirement plan. While there are several retirement calculators available to seniors, none of them incorporate HECMs. Hence, my colleagues and I decided to build our own. See Retirement Finance in a Low Interest Rate Economy. 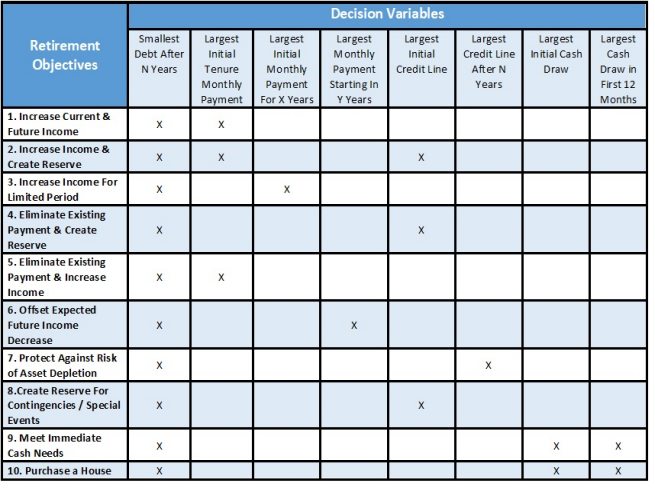